January, Saturday afternoon. We are waiting for Futrzak`s results with a few other people in a veterinary waiting room. A little peak through the half-open door on a table upon a large container with kittens. Was it an accident or a coincidence?

One look of those beutiful honey cat eyes turned our stable life upside down. The decision was immediate – this cat or none! Within the same day we called Zielone Migdały*PL and few days later Magda and Marek Kijanowski visited our home. Celine will be ours! February 28th 2009 is the day when Celine came to our house, immediately recognizing him and their residents as hers. A little devil in a cat’s fur is an huge understatement. We fell in love with her and Norwegian Forest race to the limits of human possibilities.

A month later her brother Chester joined her. Our ten-year-old Neuter “Futrzak” also enjoyed company of the new cat friends. His name is the inspiration for the name of our cattery “Leśne Futrzaki*PL”. 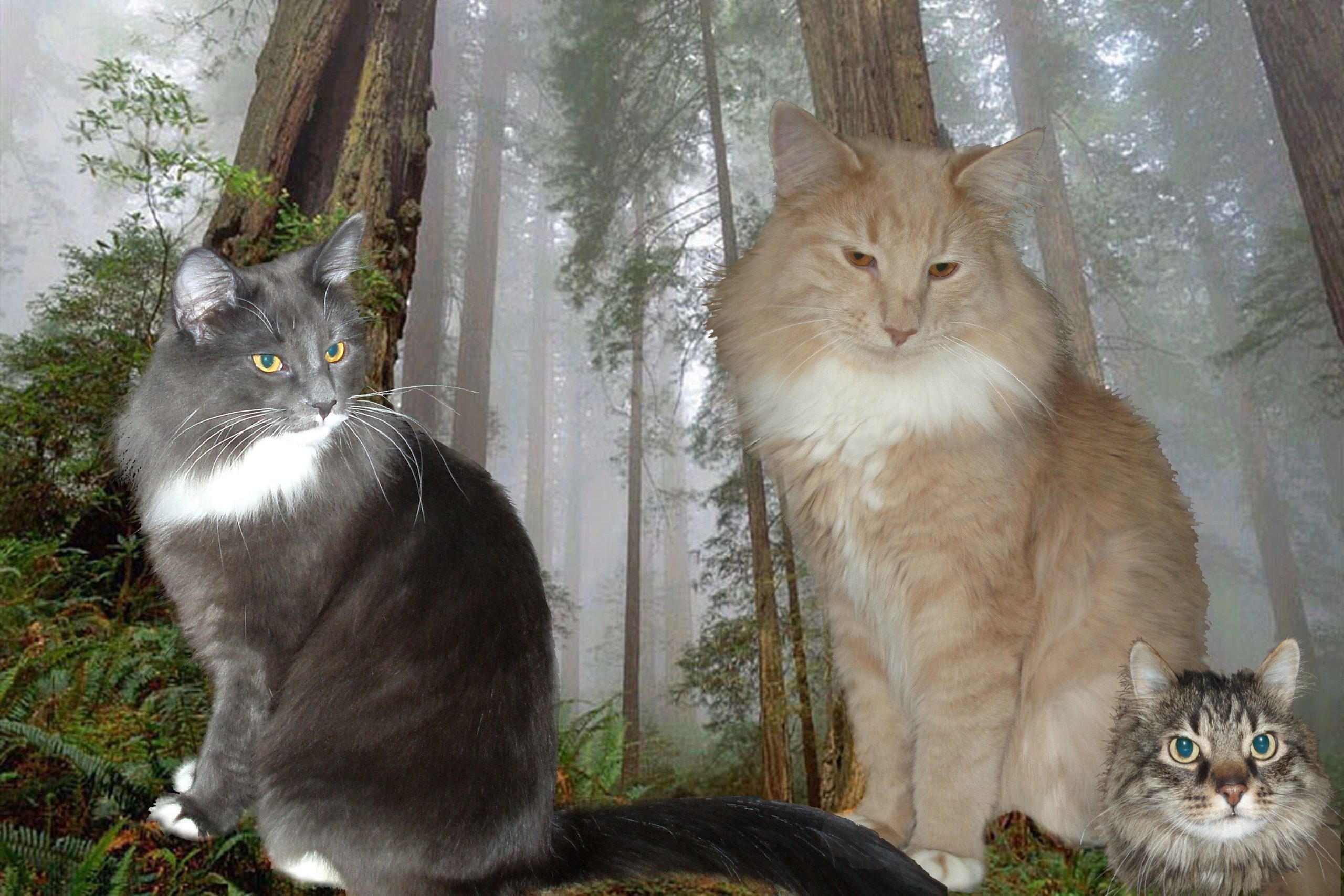 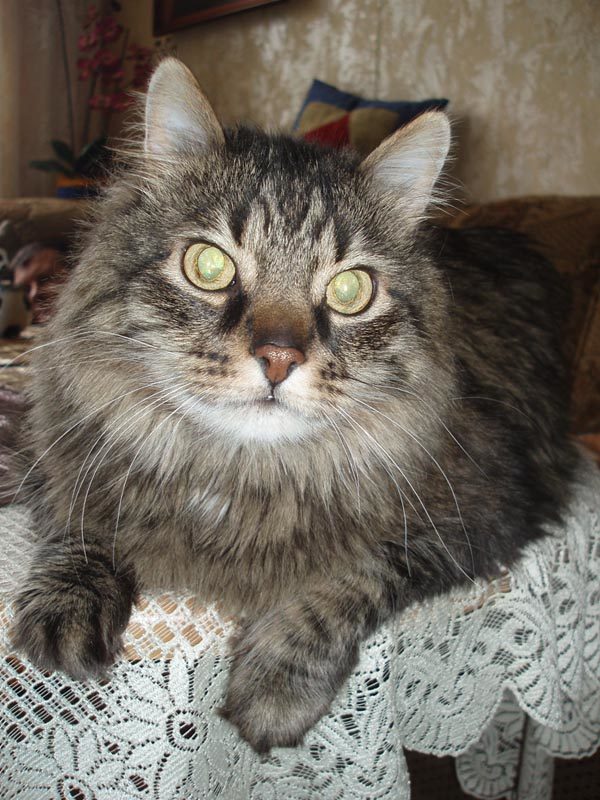 We bought Futrzak from my co-worker friend from for one penny (for luck)! He supposed to be siberian, but now I know it was only a domestic cat. It did not matter. He was a great friend and companion in everyday life, enjoying a good health for many years. The serious trouble began when he turned ten. The diagnosis was shocking,  *diabetes! *. First months of fight with the disease were a nightmare. This illness was a great mystery to us. Many friends urged us to put Futrzak to sleep, but it was too easy. We had to fight. Frequent visits to veterinary clinics, countless questions asked to the doctors. I admire their patience, it let us sleep better and let us get used to live with this disease. Futrzak’s sickness didn`t scared us at all, we bought Celina and Chester and finally, Anulka, Afrodyta and Agat joined them and became part of our family.

After five and a half years Futrzak lost his fight against diabetes and went behind the Rainbow Bridge.

Sadness, sorrow and despair, but we had to move on.. Goodbye our great friend ……

Our cattery won many show titles that we are very proud about. Our most sccessful cats are:

Celine, who recieved multiple nominations for a BIS and BIV as a best cat in color.

Our litters A and O which were nominated and recieved a BIS title in category Litter cat.2 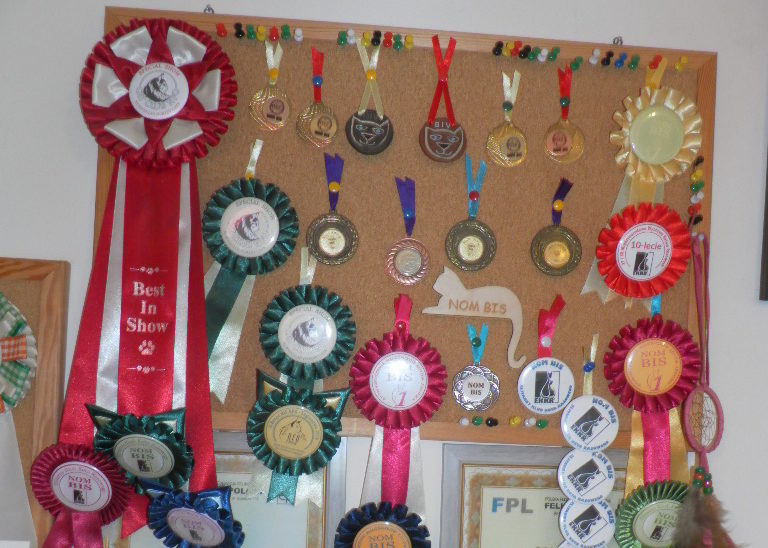 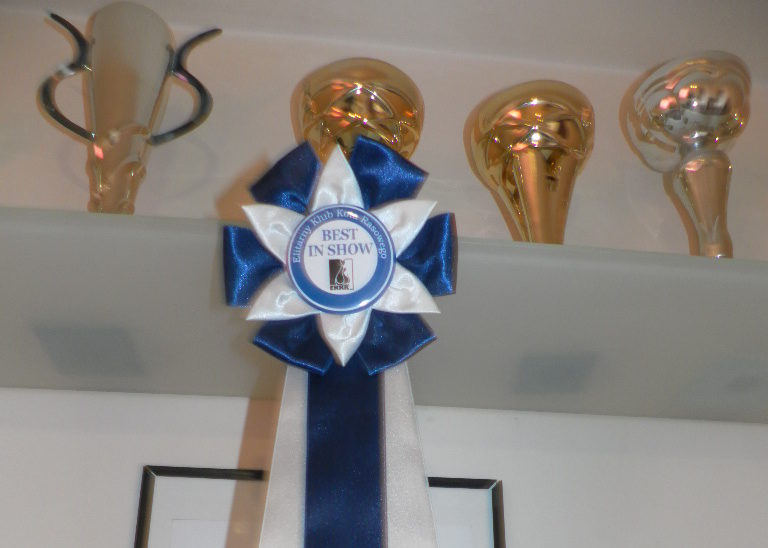 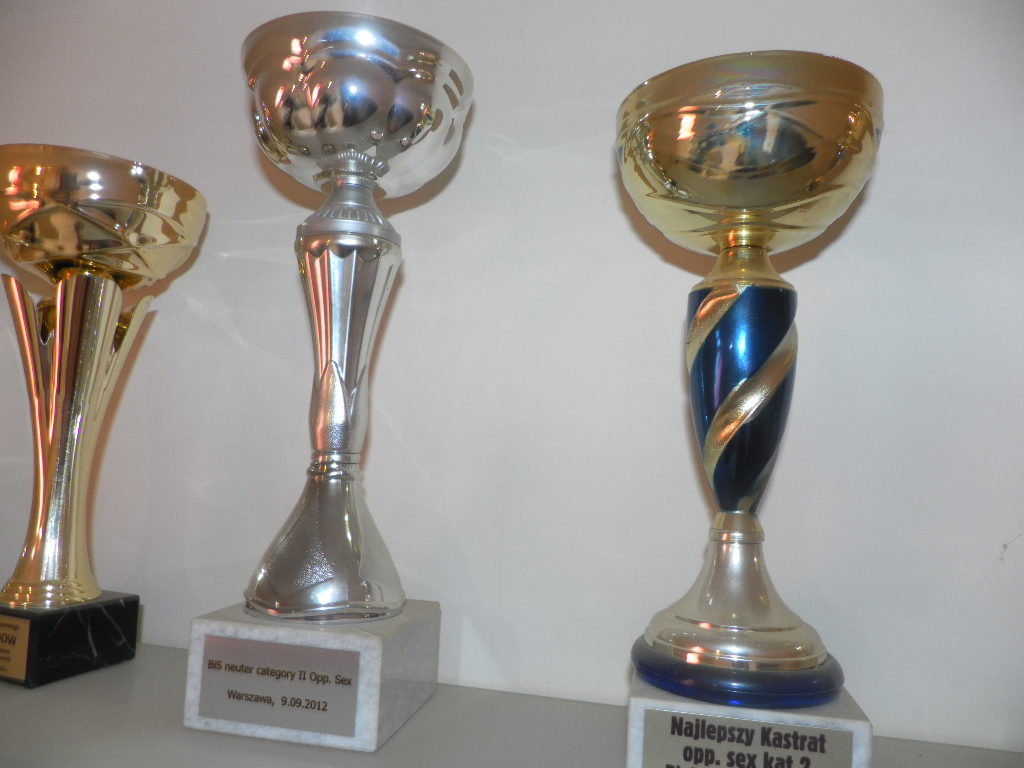 We are a part of: